100 Films You Should See (If You Haven’t Already) 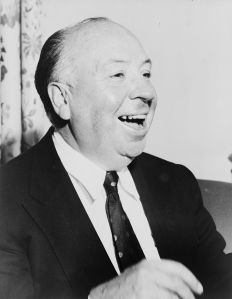 Hitchcock, Alfred. Is he included on the list? Since you asked, yes. By Fred Palumbo – Library of Congress Prints and Photographs Division. New York World-Telegram and the Sun Newspaper Photograph Collection. http://hdl.loc.gov/loc.pnp/cph.3c21483, Public Domain, https://commons.wikimedia.org/w/index.php?curid=1305493

It’s always personal. Still, there is a canon. Some films are simply extremely likely to show up on virtually every “Films you should watch before you die” whenever these lists appear. Some of these are here. Such as “The Godfather 1 & 2”, “Citizen Kane”, “Jaws”, a couple of Hitchcock and at least one Chaplin. But I did omit a few of the usual suspects… You will not find “The Shawshank Redemption” here. Not that it’s a bad movie. It’s a pretty good one. But it never meant that much to me personally and I still struggle to comprehend the fact that it resides as the Number One Movie Ever Made, as voted by the users of Internet Movie Database. Obviously there is a black hole where my heart ought to be. Anyway, sooner or later you have to create one of these very, very important compilations yourself, right? I found an excuse a few years ago in a work-related context. I teach social sciences and similar stuff to adult students who didn’t complete all of their basic education, or what in Sweden would be the equivalent of high school, and feel the need to fill in the blanks. Now and then I take the opportunity to sneak in some cinematic/storytelling themes like brief film history, genre definitions, narrative arcs and the like. This spring I decided to update this list and in the process translate it into English for some reason. Just because. 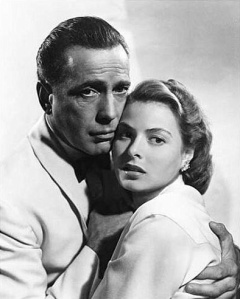 Bogart & Bergman – together at last! No compilation like this would be complete without “Casablanca”. But you knew that already. By Warner Bros. – eBayarchive, Public Domain, https://commons.wikimedia.org/w/index.php?curid=80446534

Sometimes these projects make you realize things about yourself and the issues at hand. Like the fact that 95 percent of these titles were directed by men. Says something about the industry, but still a bit troubling. Or that only four of these films are Swedish. Maybe less troubling. 79, I think, are spoken primarily in English. Nine were shot in black and white, if I remember correctly. The total number of Mexican directors are… Well. You can see for yourself. In the AD 2019 version of my own personal “100 films you should see”. Full report available now in pdf below.

Related: A decade is coming to an end. Currently I’m trying to figure out which films, TV shows and albums (music, that is) from these past ten years I did appreciate the most. Some time before 2019 turns into 2020 I will have the answers and publish them here, I hope. Who said it was going to be easy?

Something to Offer For Your Space

It may not be pretty, but it is something

Musings and books from a grunty overthinker

Turn and print all your digital contents, blogs and social networks into amazing real paper books on blookup.com

Festival occurring 6 times a year that showcases the best of short films under 5 minutes from around the world. Films get showcased at the FEEDBACK Film Festival. NEW: Now showcasing Smartphone movies!

Anthony Vicino Hangs Around These Parts

“Everyone who is seriously involved in the pursuit of science becomes convinced that some spirit is manifest in the laws of the universe, one that is vastly superior to that of man.” - Albert Einstein

The Nucleus of the Universe for all Nerd Hacks!

because anything is possible with Charisma